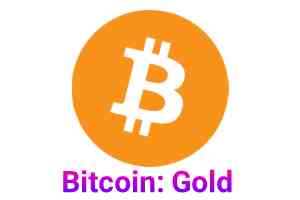 Bitcoin is now called the online gold currency around the world  Although in Bangladesh this bitcoin or this online gold store is still considered illegal.

It is very easy to use Bitcoin dollars in financial transactions.  And there is no 3rd party here, I mean, it is possible to buy from all over the world using Bitcoin and withdraw money, but no one else has to pay for it.

For example, in the case of bKash, Nagad, rocket and other bank accounts in Bangladesh, other members benefit from us, at the same time we also get services.  By doing this, some money from our transaction goes to the 3rd party.  And only 3rd party builds mountains of wealth and everything we have is under someone else.

Bitcoin is considered the gold treasure of the virtual world!  Do you know the reason?

Those who know the details of Bitcoin and think with a little mind, will understand why it is a gold reserve.  The main reason for this is that Bitcoin is becoming very popular all over the world, especially in the developed world.

And trading with this bitcoin is the easiest, and most secure of all.  Bitcoin is another name for freelancers.  If Bitcoin had been legalized in Bangladesh, freelancers would have benefited the most.

Because the freelancers of this country face various problems in bringing money to the country by outsourcing.  Moreover, you have to pay a lot of fees in other payment wallets.

Reasons for not legalizing Bitcoin in Bangladesh

It is to be hoped that Bangladesh will one day legalize Bitcoin, if it can keep pace with the developed world.  But then maybe Bangladesh will fall behind.  It is conceivable that at the moment intelligent people in developed countries are accumulating large amounts of bitcoin in their own pockets.  When Bitcoin becomes more popular around the world, hurry up and cash in on those Bitcoins.  But there will be those behind who made Bitcoin illegal.

Bitcoin is considered unsafe in this country, it has no basis in any argument.  Many people think that Bitcoin can be used for money laundering, black market, or gambling, so Bangladesh is not willing to legalize Bitcoin.

But you should think that everything can be used badly if you want.  If someone uses Bitcoin for bad purposes  So it’s the user’s fault, blaming Bitcoin here is nothing but nonsense.

So at the end of the day I will say one thing, Bitcoin dollar may be legalized in Bangladesh very soon.  We hope this.