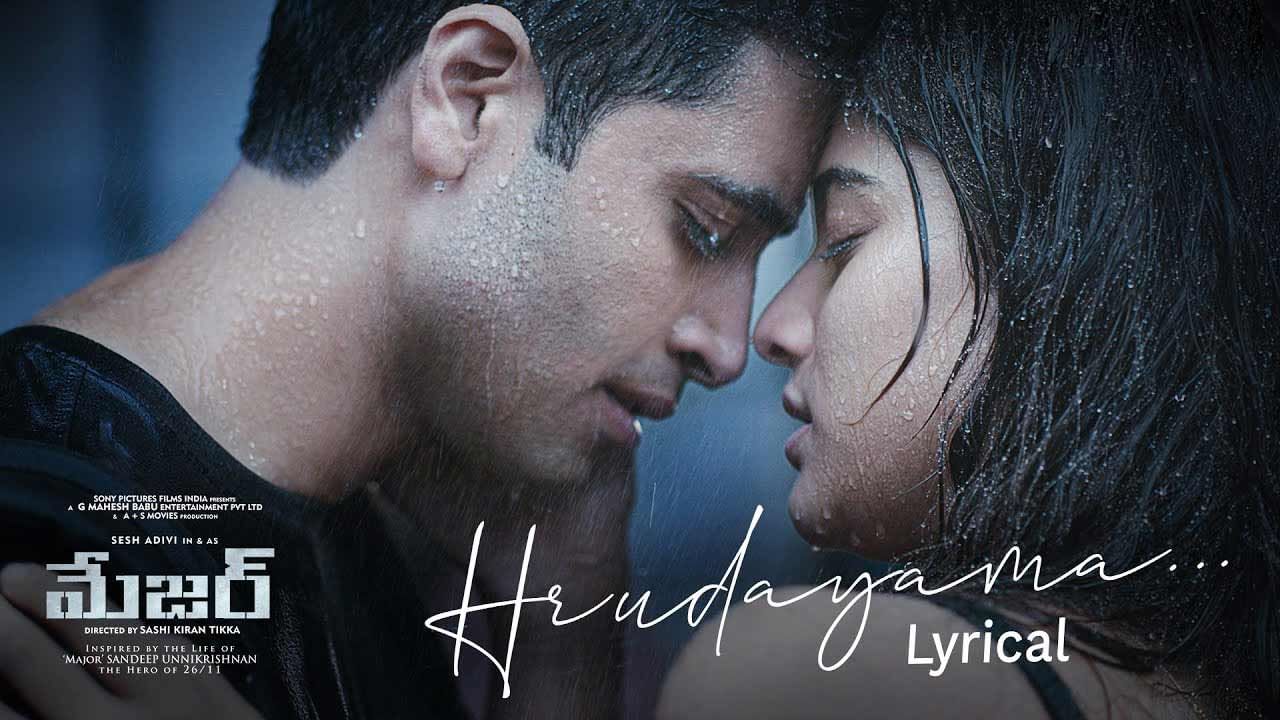 Major: Young hero Adivi Shesh is getting good success by choosing different stories. Recently, this boy hero is making a movie Pan India. Major starring Adivi Shesh is currently ready for release. Already the post production of this movie has reached the final stage. The upcoming movie directed by Shashi Kiran Thikka will be released simultaneously in Telugu and Hindi. The film is also set to release in Malayalam. Meanwhile, major film music promotions began with the song First Single Heart. The Telugu song was released by superstar Mahesh Babu and released by Dulquer Salman in Malayalam.

The song ‘Hridayama’ will be sung romantically between Adivi Shesh Sai Manjrekar. While Sricharan Pakala provided the wonderful melody tune .. Sidh Sriram’s voice was a special attraction. If the Major is doing his duty at the borders .. this song is like being sung by a girlfriend waiting for him. They express their love through letters. The lyrical video also shows their childhood memories. In this song, the love between Major and Isha is wonderfully shown. Major is a film based on the biography of Major Sandeep Unnikrishnan. It will also show the childhood and youth of Major Sandeep. Scenes like Mumbai Attack and Major Veera’s death are going to be shown in it. The already released teaser impressed everyone. Emotions in the visuals and teaser raised expectations for the film. Shobhita Dhulipalla, Sai Manjrekar, Prakash Raj, Revathi and Murali Sharma played the lead roles in the film. The film is being co-produced by Mahesh Babu GMB Entertainments, A Plus S Movies and Sony Pictures Films India.