Ram Gopal Varma: Disagreements between the AP government and the Telugu film industry over movie ticket prices continue. For the last few days, the name of the minister has been on my mind. 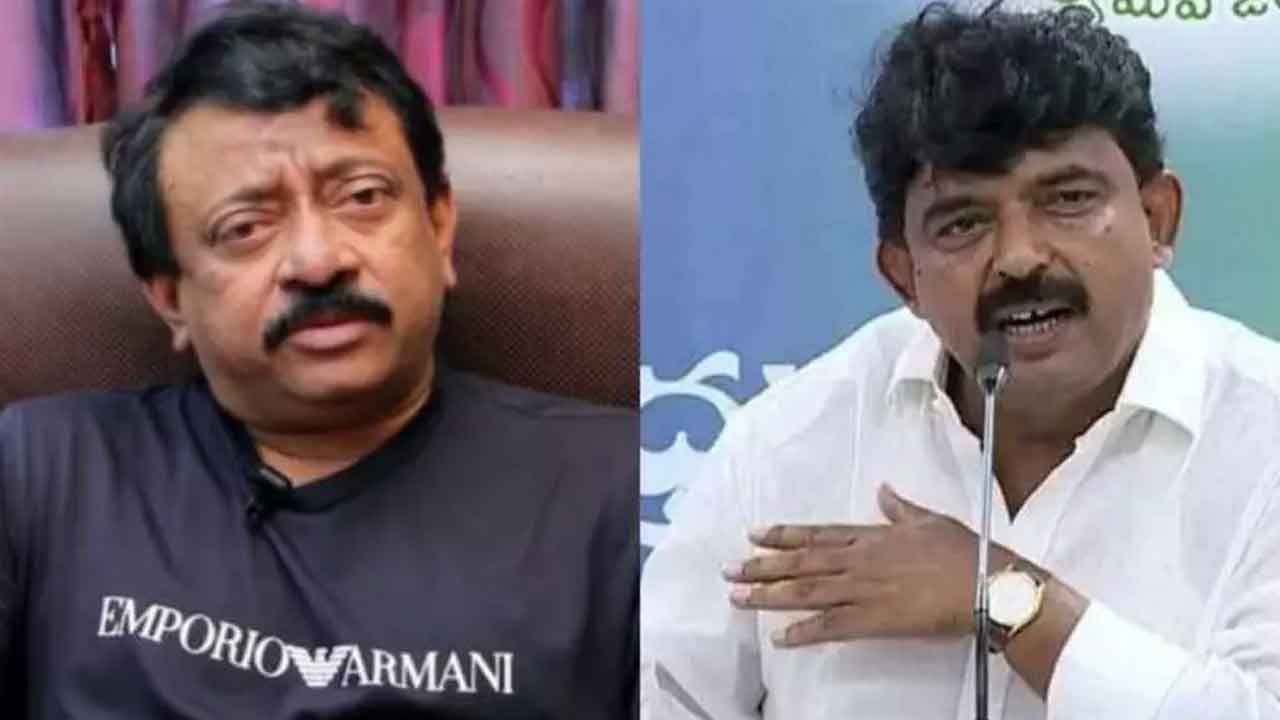 Ram Gopal Varma: Disagreements between the AP government and the Telugu film industry over movie ticket prices continue. For the past few days, there has been a Twitter war going on between the minister’s name Nani and sensational director Ram Gopal Varma. As a Twitter platform, Varma continues to raise questions over the reduction of movie ticket prices. Nani also gave a strong reply to the RGV questions in the discussion held on TV9. But on TV until now, the war that used to be a social media platform is now about to turn into a face-to-face meeting. In another two days, RGV AP will meet Perni Nani, Minister of Cinematography. Ram Gopal Varma tweeted that he was going to meet Nani on the 10th of this month. The meeting will mainly discuss movie ticket prices. So what issues does Verma put forward by the minister ..? Will the government consider the RGV proposals? Has become very interesting

The AP government is conducting inspections in cinema theaters. Ram Gopal Varma has been making a mistake in being tough on ticket rates. Verma, in his own style, argues that the government does not have the power to set ticket prices. However, the government says that they are increasing the ticket prices at will and imposing a burden on the common man. Rangopal Verma is questioning whether Pawan’s film is different from Sampoornesh’s. As a minister, is there any difference between you and your driver? Asked directly. To Verma, the name of the minister became the answer to the question between Nani. Which law states that 100 tickets can be sold for Rs.1000 and Rs.2000? If you do not like the movie, will you return the money ..? It is known that RGV Strong counters ..

It is not their intention to clash with the RGV government after a series of tweets war. Personally, Ram Gopal Varma says that YS Jagan is his favorite. He says that the misunderstanding is due to the inability to say the problems of the film industry properly or because you do not understand from our point of view. He also said that if the CM allowed him to do so, he would give an explanation of the problems on behalf of the film industry. After hearing that, I hope the government will think in terms and give the right solution .. Verma tweeted .. Nani replied that he will meet the respondent soon. The latest suggested meeting on the 10th of this month.

Pawan Kalyan and later Hero Nani reacted first on the ticket pricing. On October 29, some producers held a meeting with Minister Perni Nani. Later, some theater owners and distributors met on December 28. However, the government’s decision has not changed and the government has adhered to Jivo 35K. Otherwise a committee will be appointed to resolve the issue as per the court order.

Did Vermee get bigger?
Producers from Tollywood till now .. Will other heroes meet .. No one has given appointments to the AP government elders. However, giving an immediate appointment to RGV comes as a surprise to everyone. ‘RX 100’ Fame Director Ajay Bhupathi…’I want our boss Ram Gopal Varmani to see the industry as a bigger direction. Recently tweeted. But now Varma has inadvertently gone to negotiations with the government on behalf of the industry.

Hope for the industry

How was the Verma-Minister meeting decided without consulting anyone related to the actual industry? Why did the YCP government, which has matched counters with so many criticisms, put a big dent in Varma? With Varma who is branded as a person who watches blue films and makes whore movies and is controversial .. Have any of the film adults talked about the topic of discussion?
Will Varma discuss with the producers and other elders in the industry before going for talks? How effective is the actual Varma embassy? Can Varma achieve the work that big heroes, producers and directors cannot do? In the midst of all these questions .. if the YCP government can change its mind, the image of Varma will rise abruptly. Undeterred by the controversy and swearing at the whores, Vermee is now the hope of the film industry.

Arguing with RGV is not that easy. The name of this subject will be known to me during the tweets.
Verma had earlier clashed with the TDP government in April 2019 over the release of Lakshmi’s NTR film
However, in the case of Jagan, RGV is responding very positively. He also said that he likes Jagan. Jagan commented that he did not know anything about the dangerous people around him and that they were misleading him. Due to these developments the RGV-name nani visit is likely to be highlighted.

Also Read: Wallpapers in Konaseema .. In traditional dress .. Students in the procession of the stars

‘Repo, Ellundo will die .. I thought I would be burnt’ .. Rajasekhar ‘Sensational comments